A Bit Too Much Time In Crawl Spaces?

Hello. I’m Kurt Treftz a co-founder of Cascade Pest Control. Over the years I and a number of well-qualified technicians have inspected and cared for thousands of homes and businesses in the Pacific Northwest, protecting people and property from pests. Checking out dirty crawl spaces is just one part of that.

Started in 1979, Cascade quickly became known for the efficiency, quality, and dependability of its pest control service. Being native to the Pacific Northwest we held a high value for Washington’s abundant natural environment and the welfare of its people and communities.

I (Kurt Treftz) became fascinated by construction practices that either resisted or succumbed to pest infestation and resulting damage. I took a keen interest in entomology, collecting and studying various insects and other arthropods. What’s more, this being the early years of the EPA and the environmental movements, I had a passion for developing least-toxic approaches to pest control. 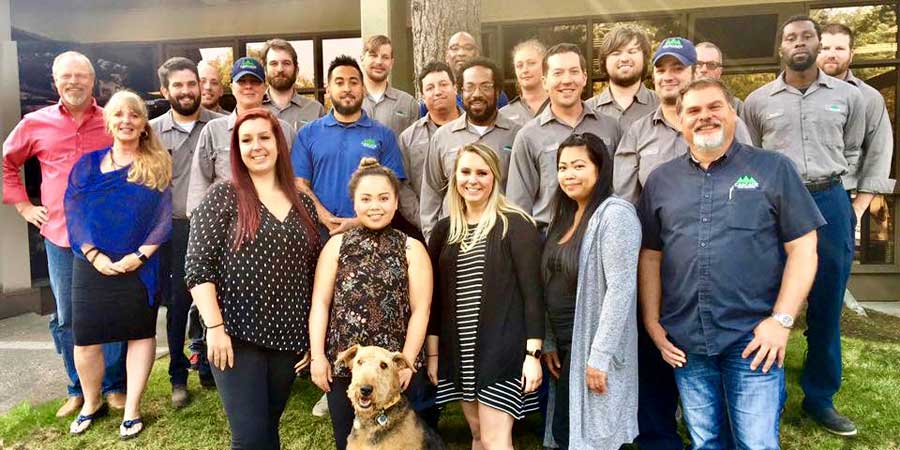 Who We Are Today—Cascade’s Unique Relationship to the Northwest

Cascade has continually grown in both stature and experience, developing effective pest control programs for both residential and commercial environments. We remain dedicated to understanding the biology of pest species, home construction, the conditions that invite pests, and the safest control methods for you and our beautiful Northwest.

While no one should tolerate pest infestations in their home or business, our intimate encounters with various insect and other pests have given us a measure of respect for them. For instance, carpenter ants and termites are native to a forest ecosystem. However, they can easily damage the structural integrity of your home or business.

On the other hand—although rats are clever, have amazing abilities, and are extremely tenacious—we also know they are invasive species. Seattle was declared “rattiest city” due to our huge rat population. And they annually cause damage to homes, businesses, and autos in the hundreds of thousands of dollars.

Most importantly, we have great people making up our ranks here at Cascade. Each person is dedicated to serving you, our client, as well as understanding your property and its vulnerability to pests. And amongst the Cascade team are second- and even third-generation descendant of the founders as well as some very dedicated long-term personnel. MEET YOUR TEAM.

So, as Cascade Pest Control continues its rich history of serving residents and businesses of Washington state with the highest standards of practice we invite you to partner with us to protect your property, health, and business reputation. Pests, by definition, are any organism that can harm humans, our shelter (homes), our food crops or our belongings. Humankind has been encountering pests occur throughout our earliest recorded history and we can rest assured our ancestors were “pestered” long before that. The ancient Sumerians, Egyptians, Chinese and Greeks used pesticides containing sulfur, herbs, and oils. They even used fire to control some pests. Later, with the advent of modern chemistry newer pesticides were developed which were both far more effective and had health and environmental consequences. Since the advent of the EPA strict standards of testing and development have provided far safer pest control products.

It should be understood that pests, whether they be insects or rodents, have successfully evolved to survive and even thrive. For them, it’s a matter of life and death and they go to great lengths to keep the territory they’ve gained. For instance, rats can gnaw, climb, tunnel, and adapt to changing environments. But even more significant, they will fight for “their territory“—your home. And when they are removed or die, the population reservoir of rats outside your home will sense the undefended territory and move in recreating the infestation.

When we at Cascade service your home or business we are fully aware of what pests can do, and we are aware that need to approach controlling the pests with the environment your safety in mind. You can’t live with pests, but you need to know you can easily live with the pest control measures that are employed. Here in the northwest, with our mild climate and abundant moisture, we have plenty of pests, including carpenter ants and wasps. And we are particularly endowed with an abundance of rodents, both mice and rats. So each of us will sooner or later encounter some form of pest infestation.

You can wait—until you are lucky enough to notice the pests early, or until the infestations is so well established that you can’t help but notice them—and then do something. But with that strategy you risk pest damage—whether it’s termite damaged wood or attic insulation contaminated and shredded by rats. Each of our homes (& businesses) really need protection to prevent pest infestations in the first place and Cascade’s pest control service is designed to do just that—protect your home.

We at Cascade have a sense of pride and accomplishment when we eliminate a wasp nest, control ants or spiders, prevent carpenter ants from damaging structural timber, or keep rats from damaging homes and cars.

Get A Quote Today

Tell us how we can help you.
We’ll Reply As Soon As Possible!